The National Basketball Association (NBA) became the first major North American professional sports leagues to add advertisements to its team jerseys at the start of the 2017-18 season. Traditionally, the only signage previously included on the front of uniforms were the team logos and names. Businesses and corporations are now allowed to purchase real estate on teams’ jerseys for advertising.

This new, three-year pilot program coincides with Nike replacing Adidas as the NBA’s provider of jerseys. As part of the new contract, Nike is permitted to place its trademark swoosh, jumpman or any other Nike logo on the right chest area.

Although the NBA has always capitalized on television and other backings, this is the first time that teams are prominently displaying advertising on their uniforms. European hockey and soccer teams have been employing jersey advertisements for several years now, as have the Women’s National Basketball Association (WNBA) and Major League Soccer (MLS).

Each of the 30 NBA teams are responsible for selling their own uniform sponsorships, which will appear in the form of 2.5 inch square patches on the left chest area. While many fans do not want the jerseys to be touched, this marketing strategy is expected to generate $150 million annually – 50 percent going to the players and 50 percent to a collective revenue sharing fund. [1] Currently, 19 teams have sold ad space on their jerseys. [2]

Connecting with NBA Fans and Consumers

Many are worried about how the advertisements are impacting the appearance of the jerseys, which is part of the reason why the marketing initiative was introduced as an experimental process. But there’s no denying that an athlete’s uniform or team jersey is what fans connect with most. Millions of jerseys are sold annually and proudly worn in and out of arenas across the country. Advertisers and team owners want to capitalize on this strong connection.

“This is part of building the league,” said NBA commissioner Adam Silver to the New York Times. “And I think if you look at the progression of the league over the years, there has been many sponsorship opportunities that we’ve added, and they’ve been met initially with mixed reviews, and I’d say over time that as we generate more money and invest more money back into the game, improving the game, improving our marketing, improving and growing the footprint of the game, I think the results will be positive.” [3]

Silver added that he and the NBA team owners would be listening very closely to the fans and their reactions to the three-year pilot program.

The Art of Sports Marketing

While fans and, to some extent, players are focused on what’s happening right now, league commissioners and team owners must always have an eye towards the future. No matter the popularity of a player, team or league, continual growth must be a constant goal. Complacency will almost always lead to a drop in marketability. Decisions like placing advertisements on jerseys may not seem smart at first, but it’s these types of ideas that keep leagues growing five and 10 years down the road.

The hope with the patches on NBA jerseys, aside from generating extra revenue, is that companies will choose to associate directly with a specific team jersey and then further promote that relationship to outside fan bases. Potential conflicts of interests could easily arise. Some examples include:

Silver believes this type of advertising makes a lot of sense in today’s media consuming climate, where people do not watch live TV outside of sports as often as in years past. In the age of DVRs, on demand and streaming services everywhere, people may be less likely to be exposed to certain brands through traditional commercials. [5] Advertisements on jerseys will give sponsors extra opportunities to reach fans, whether they are at the game live or watching from home. Fans will be given the option of buying jerseys with or without the advertisement patches.

While the potential $100 million in annual revenue may appear to be little more than a drop in the bucket to the NBA, advertising on jerseys has been very beneficial to teams in the WNBA. The women’s league began advertising on jerseys in 2011, and it has created invaluable profits for a league that otherwise struggles to draw fans.

The NBA draws an average of 17,826 people per game, while the WNBA brings in an average of 7,318 fans, with far lower TV ratings. The revenue generated by advertising on jerseys has helped WNBA franchises and the league bridge the profits gap and stay afloat for two decades. [6]

Stay Ahead of the Competition with Mary Pomerantz Advertising

As your company grows and evolves, so too must your advertising. It’s important to be constantly trying to push the envelope with your marketing, thereby staying a step or two ahead of your competitors. Continuously thinking of new and innovative marketing strategies to reach new customers is not an easy job and requires a professional touch.

Mary Pomerantz Advertising has guided the marketing efforts for dozens of businesses and brands across the nation. Our award-winning graphic designers and copywriters will create engaging advertisements for you, while our marketing coordinators will find the ideal placement and channels to maximize results. Whether you’re a new organization trying to establish a foothold or a well-known company looking to keep growing, trust the experts at Mary Pomerantz Advertising to bring your business to the next level. Call 732-214-9600 to discover what we can do for you. 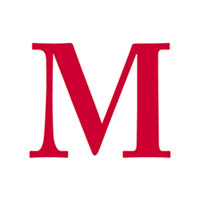